The nation’s nearly 20 million veterans are eligible for a variety of cash and noncash benefits due to the sacrifices they made for our country, which has contributed to better 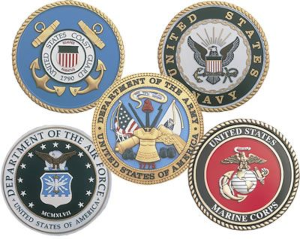 economic conditions for them and their survivors, according to a U.S. Census Bureau report released on November 10, 2021.

Veterans — individuals who previously served on active duty in the U.S. armed forces — made up 6.2% of the overall population in the United States in 2017.

The report — Benefits Received by Veterans and Their Survivors: 2017 — provides detailed information on the programs and benefits available to veterans. Using data from the Survey of Income and Program Participation (SIPP), it also provides contextual information about veterans and their families.

Over Half of Veterans are Senior Citizens

Veterans differed from their nonveteran counterparts across key measures in 2017.

For example, veterans were less likely to have a household income less than 200% (MS Excel file) of the poverty threshold (17.7%) than is true for all households (28.7%).

This may be in part because of several programs that veterans have at their disposal or sources of income that are unique to veterans.

Perhaps because of this, veterans were more likely to own their home than nonveterans. In 2017, more than 75% of veterans owned or were in the process of purchasing their own home compared to 65% of households without a veteran. Among veterans with a mortgage, one-third had a loan secured through the VA.

Additional information about veterans and their receipt of federal programs can also be found in a series of SIPP tables profiling veterans and veteran households between 2013 and 2019.