It’s Labor Day – a day to celebrate workers. But why, as Americans, have so many of us resolved to quitting our jobs instead of banning together to effect change in our workplace?

A recent report from the Bureau of Labor Statistics shows a growing number of people resigning from their jobs in record numbers – the number of people leaving their jobs increased by 164,000 to 942,000 in June. Most cite low pay, a desire to work remotely and burnout, according to personal finance website MagnifyMoney. Reports of a “worker shortage” and the “Great Resignation” are running rampant.

Workers who we know historically are painstakingly ravished by the corporations they work for – day in and day out.

The answer to all of these workers’ issues is really quite simple – unionize. Ban together with your fellow co-workers to demand higher pay, better working conditions, and a safer workplace.

If Jeff Bezos can fly to space, he can certainly afford to pay his workers a livable wage.

This Labor Day, let all workers pledge to take the first step towards investing in themselves – and their families. Union members on average make 42 percent more per hour than their non-union counterparts.

And by the way, that’s across the board, regardless of your race, gender, religious affiliations, etc. – when you and your co-workers form a union, companies can no longer pay you less, treat you differently or play favorites.

Union members are more likely to have employer-provided health insurance and pensions than non-union workers. They have better workplaces and fairer work rules, without 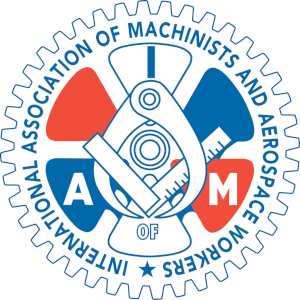 the fear of retaliation. Union members have safer working conditions, including better COVID protections. They have job security and a more stable work
schedule.

There’s no better time. The environment couldn’t be more ripe.

union-friendly president in U.S. history. And the steps he’s taken so far in his first 175 days will accomplish just that. They’re designed to make union membership easier. Knock down barriers put in place by corporate lobbyists. Take the power away from corporations and put it into the hands of workers.

But it’s ultimately up to the American people to take the first step in unionizing their workplace. No one person can do it for you.