For months, the eyes of our nation were transfixed on a small suburb near Birmingham, Alabama Warehouse workers authorized the largest union election overseen by the National Labor Relations Board since the beginning of the COVID-19 pandemic. The name of their employer is on over 5 billion packages sent annually: Amazon.

As a U.S. senator and the president of the AFL-CIO, America’s labor federation, respectively, we called on Amazon to refrain from intimidation and interference in this union election. Nevertheless, the company sent grossly misleading text messages, inundated workers with anti-union propaganda and even installed a mailbox on the premises to surveil the casting of ballots.

These tactics are, sadly, not new. Union-busting has proliferated, and lawyers and consultants have been perfecting the practice and profiting off of it for decades.

If the National Labor Relations Act states that the policy of the United States is to encourage collective bargaining, why are workers forced to run the gantlet to form a union? We can fix the ways in which the deck is stacked against workers with critical legislation called the Protecting the Right to Organize Act — but first, we must understand why the system is broken, and what is propping up this undemocratic status quo.

In the 86 years since the passage of the NLRA, amendments have corroded collective bargaining rights. The courts have chipped away at what is left. Pro-worker lawmakers have tried to restore worker power and close the loopholes that permit union-busting, but they have been 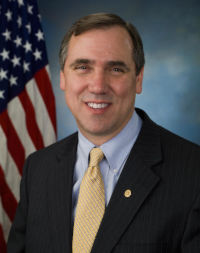 met by the same roadblock: the Senate filibuster — the requirement to have a 60-vote supermajority to close debate and vote on a bill — which has been weaponized to block labor law reform.

In 1978, despite pro-worker majorities in both chambers of Congress, the Labor Law Reform Act failed in the Senate. The House passed a bill in 1992 that would have protected striking workers. That legislation was three votes short of overcoming a Senate filibuster. And despite massive pro-worker majorities in the first two years of the Obama administration and 59 votes in favor in the Senate, the Employee Free Choice Act was another legislative victim of the filibuster.

In March, the House of Representatives once again passed the PRO Act with a bipartisan vote. President Joe Biden wants to sign the PRO Act into law, but first the Senate needs to pass it.

Of course, Mitch McConnell will once again try to use the arcane rules of the Senate to block the PRO Act, like he did in 2020. The filibuster — just like the right-to-work laws the PRO Act would eliminate — is an artifact of Jim Crow and a creature of white supremacy. 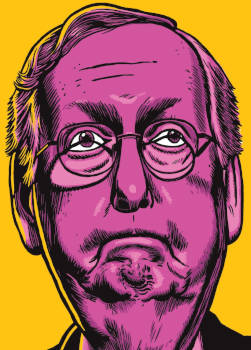 we hear for keeping the filibuster is that it promotes bipartisanship, which we all want. But in today’s hyperpartisan Senate, the filibuster has neither sparked real debate nor encouraged cooperation. Instead, it has become a minority veto that diminishes our democracy and maintains the economic, political and social inequalities that harm working people.

The Senate cannot be the graveyard for labor law reform once again. And the filibuster cannot be the tool used to kill the PRO Act in 2021.

The current Senate minority is trying to use its veto to override the popular will won in November for a Workers First Agenda.

60 million additional workers want to join a union today, and nearly two-thirds of Americans approve of unions. If senators call themselves friends of workers, they bear a responsibility to reform the legislative rules that have historically failed to empower workers.

The PRO Act is personal for us. In addition to being a senator and a labor leader, we are also a son of a union machinist and a third-generation coal miner. We know firsthand the dignity and economic security that comes from union membership.

The numbers back up our experiences. On average, workers covered by union contracts earn 11.2 percent more in wages compared to their nonunionized peers. Unions raise wages for women and reduce wage disparities for people of color. More than 9 in 10 union workers covered by a union contract have access to employer-sponsored health benefits, while only 68 percent of nonunion workers can say the same.

A sea change is happening in America. Working people are clamoring for family-sustaining wages, strong benefits and safe workplaces. A union card is the best tool 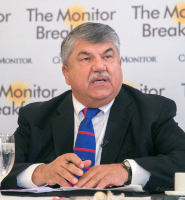 workers have to win a fair share of the value we create every day — from coffee shops in Chicago to hospitals in Maine to fast-food restaurants in Oregon.

Every working person deserves a fair and free choice to join a union. To make that a reality, the Senate needs the audacity to fix what is broken: both the policies that weaken collective bargaining and its own institutional rules that prevent pro-worker progress.

Richard Trumka is president of the 12.5-million-member, 56-union AFL-CIO, America’s labor federation. Jeff Merkley is a US Senator from Oregon.