This Labor Day, working people in every corner of the Coulee Region have good reason to be proud. Labor is on the rise; we are marching banding together. Working families are refusing to accept business as usual. The 128th Annual La Crosse Labor Day Parade, sponsored by the Western Wisconsin AFL-CIO, is scheduled for Monday, […]

Brothers & Sisters, It is with a heavy heart that we inform you that Brother Mark D Terpstra “Terp” passed away on Friday afternoon (March 15, 2019) from pneumonia complications. He had been battling it for about a month from our understanding. He leaves behind his wife, Jennifer and his 14 year old son, Nathan. […] 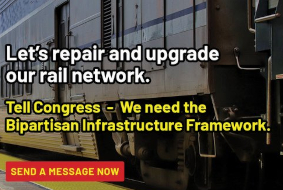