National AFL-CIO president Richard Trumka, one of the country’s most powerful labor leaders and an influential voice in many Washington debates, died unexpectedly on August 5, 2021, at the age of 72.

Trumka died on a camping trip with his family after suffering a heart attack, President Biden told reporters, saying Trumka was a close friend of his.

A third-generation coal miner who rose to power through the United Mine Workers, Trumka had become one of the most powerful labor leaders in the country and a key ally of Democrats in Washington, having worked in some capacity with every Democratic White House the last 30 years.

His death comes during a critical moment for the economy and millions of workers.

Trumka was elected National AFL-CIO president in 2009, to lead a group of more than 50 labor unions representing 12.5 million members. 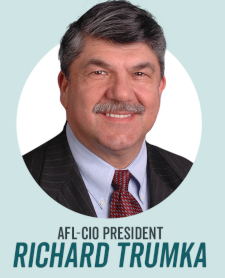 Thumka was active in the fight for labor rights for decades before his ascension to the AFL-CIO Presidency.

“He was a relentless champion of workers’ rights, workplace safety, worker-centered trade, democracy and so much more,” the AFL-CIO said in a statement. 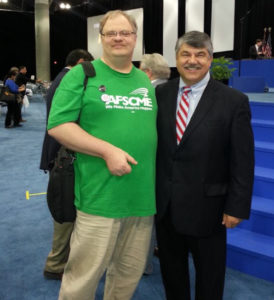 “Standing on Rich’s shoulders, we will pour everything we have into building an economy, society and democracy that lifts up every working family and community.”

Lee Saunders, president of the American Federation of State, County and Municipal Employees (AFSCME) said, “We’ve lost one of the nation’s fiercest, most effective advocates for working people ever. From his earliest days working in the coal mines of Pennsylvania, Rich has lived the values of the labor movement with the greatest passion and purpose. He has touched and improved so many lives.”

“The arc of history will remember this great man as a beacon of light during this trying time for working men and women,” said Ray Curry, the new president of the United Auto Workers union.

Elizabeth Shuler, who was elected as the group’s Secretary-Treasurer in 2009 when Trumka was elected president, will assume the duties of the federation’s president 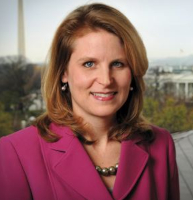 under terms of its constitution. The AFL-CIO’s executive council will meet to select a permanent replacement later this month. If Shuler is selected, she would be the first woman to serve as president of the organization. 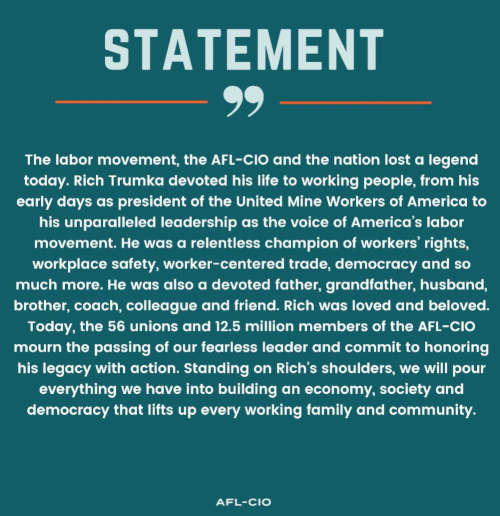