Western Wisconsin AFL-CIO President Mike Davis Jr recently got the chance of a lifetime to meet President Biden. After the president gave a speech pushing his $1 trillion infrastructure plan at the La Crosse Municipal Transit Utility in Wisconsin, Davis was one of a select few union leaders chosen to meet the president backstage.

“This is the first time I have ever met any president so the whole experience was very exciting to see and take in,” said Davis, 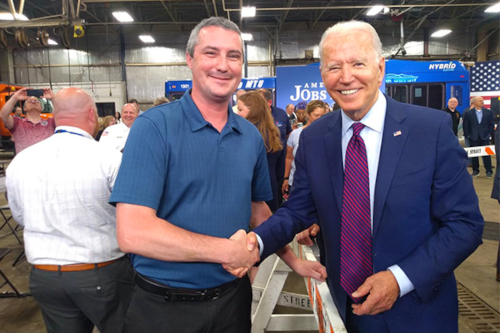 who works at Crown Cork and Seal.  “I was able to be backstage and up close to the president so it made for an even more thrilling day. I couldn’t have been more proud to represent the IAM and our local unions.” 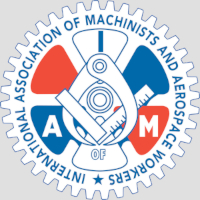 at President Biden’s visit to La Crosse,” said IAM District 66 Directing Business Representative Jana Kirch.“He is not only a respected leader in our union, but also fights for the rights of all workers in Wisconsin.”

“It’s refreshing to see and experience a White House now focused on unions and working Americans,” said IAM Midwest Territory General Vice President Steve Galloway. “In just his first 150 days, President Bidenand his administration have already spearheaded a number of legislative actions, appointments and bills the Machinists Union have been fighting for, for so many years.” 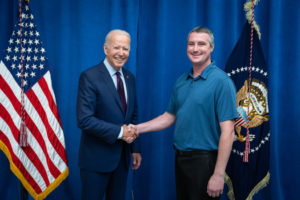 “President Biden thanked me for all our union has done and said he truly appreciated our support,” added Davis. “It’s a moment I will cherish, honor and never forget.”