United Auto Worker members at John Deere facilities in Iowa, Illinois and Kansas have ratified a new 6-year collective bargaining agreement, ending their strike which began on October 14. By a vote of 61% to 39%, UAW John Deere members ratified the agreement which includes an $8,500 signing bonus; 20% increase in wages over the […]

U.S. Labor Unions Are Having a Moment

U.S. organized labor is having a moment after decades of erosion in both influence and power, giving workers their best chance in recent memory to claw back lost ground. In the wake of the Covid-19 pandemic, unions are finding they suddenly have the upper hand—or at least, more solid footing—when it comes to negotiating wages […]

In Memoriam Marilyn J Wigdahl  December 16, 1931 to October 25, 2021 Marilyn worked tirelessly on behalf of the union movement for decades. She was a President of AFSCME 1449 and Vice President of the WWAFL-CIO, as well as serving her community as a La Crosse City Councilwoman.

How Do we (civilians) Support America’s Veterans?

The nation’s nearly 20 million veterans are eligible for a variety of cash and noncash benefits due to the sacrifices they made for our country, which has contributed to better economic conditions for them and their survivors, according to a U.S. Census Bureau report released on November 10, 2021. Veterans — individuals who previously served […] 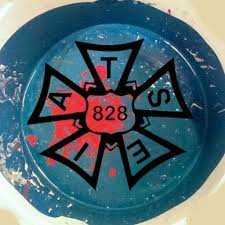 Members in TV, film production authorize a nationwide strike From IATSE: The International Alliance of Theatrical Stage Employees announced today (10/5/2021) that 60,000 members who work in television and film production across the country have voted—by a nearly unanimous margin—to grant IATSE International President Matthew Loeb the authority to call a strike. This is the […]

AFL-CIO Welcomes the NWSLPA as its 57th Affiliate

The National Women’s Soccer League Players Association (NWSLPA) becomes the AFL-CIO’s 57th affiliate after receiving a direct charter today (09/16/2021). The NWSLPA represents players who make up the 10 teams in the league, advocates for them as they navigate their careers, and champions the growth of the league and the women’s game. The NWSLPA, which […]

Shuler: We Will Meet This Moment With a Modern Labor Movement

on September 7, 2021in WWAFLCIO Archived News

AFL-CIO President Liz Shuler delivered the following remarks at the Christian Science Monitor Labor Day Breakfast: I know how much you all enjoyed interacting with Rich Trumka. He did the Monitor breakfast 12 times, and enjoyed sparring with you each and every year. We miss him dearly. I am humbled and honored to be the […]