Bloomingdale on the Death of NALC Branch 2 member Aundre Cross

Wisconsin AFL-CIO President Stephanie Bloomingdale 12/13/2022 “We are shocked and heartbroken by the on the job murder of our union brother Aundre Cross, a member of the National Association of Letter Carriers Branch 2 who was shot and killed on December 9 while walking his postal route, delivering the mail to serve our communities. We […] 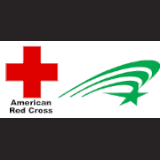 AFSCME Locals 1205 and 1558 have ratified new contracts with the American Red Cross, calling off a strike slated to take place on December 23 during the holiday blood drive. “From the beginning, all the workers wanted was for their hard work to be recognized by their bosses with a fair contract,” said AFSCME Council […] 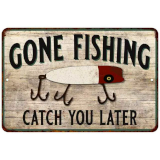 As Senator for Wisconsin’s 32nd senate district, Brad Pfaff has a 100 percent Wisconsin AFL-CIO working families voting record. “We know that once in Congress, Senator Pfaff will continue to fight for the rights of all Wisconsin workers in order to advance a fair and just economy. As a lifelong Wisconsinite, Brad Pfaff deeply understands […]

Why is Labor Day a holiday and what are we celebrating? The U.S. Department of Labor writes that Labor Day is “… is an annual celebration of the social and economic achievements of American workers.” In between the grilling and the visiting of family and friends this Labor Day, we invite you to take a […]

By Stephanie Bloomingdale, President,  Wisconsin AFL-CIO This Labor Day, as we enjoy the day off that has become a cherished American part of our late summer calendar, let’s take a moment to reflect on the history this holiday commemorates and role our resurgent labor movement is playing going forward. By the late 1800’s, the Industrial […]

Did you know that there’s no federal minimum crew-size requirement for freight trains?

Members of our newly re-joined affiliate BLET 13 and other freight railroad workers need our help. Did you know that there’s no federal minimum crew-size requirement for freight trains? Freight trains can be upwards of three to five miles long and they often carry flammable or hazardous material through populated communities across America. If the […]

In a historic win in December, baristas in Buffalo voted to make their Starbucks the first of more than 9,000 corporate-operated Starbucks in the US to unionize. Since then, 143 other Starbucks have unionized and workers at 120 other locations have petitioned for union elections. In another historic victory, a vote count on 1 April […]

On July 13, 2022, AFSCME learned that a union legend passed away: AFSCME President Emeritus Gerald W. McEntee. Jerry McEntee was a visionary leader and one of the most fearless, ferocious advocates working people have ever had. Standing up for public service workers was his passion and his life’s work. From the moment he became […]